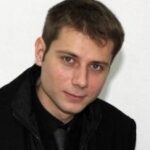 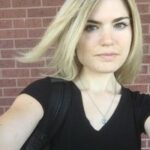 Paige Bailey is a TensorFlow Developer Advocate at Google, based in Mountain View, CA. Prior to joining Google, Paige worked as a senior software engineer in the office of the Azure CTO; as a Cloud Developer Advocate for machine learning at Microsoft; and as a data scientist for Chevron in Houston, TX.

Paige has over a decade of experience using Python for data analysis, five years of experience doing machine learning – and can’t wait to show you about the new capabilities in TensorFlow 2.0. 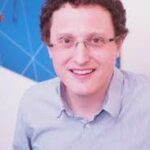 Timothy E.J. Behrens FRS is a British neuroscientist. He is Deputy Director of the Wellcome Centre for Integrative Neuroscience and Professor of Computational Neuroscience at the University of Oxford, and Honorary Lecturer, Wellcome Centre for Imaging Neuroscience, University College London. He earned an M.Eng. and a D.Phil. from the University of Oxford. In 2020 he won the UK Life Sciences Blavatnik Award for Young Scientists, having been a finalist for this award in 2018 and 2019. He was elected a Fellow of the Royal Society in the same year.

Deputy Director, Centre for Functional MRI of the Brain (University of Oxford); 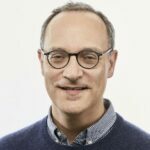 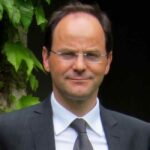 Roberto Cipolla FREng, is a British researcher in computer vision, machine learning and robotics and Professor of Information Engineering at the University of Cambridge.

In 1991 he was awarded a D.Phil. (Computer Vision) from the University of Oxford and from 1991-92 was a Toshiba Fellow and engineer at the Toshiba Corporation Research and Development Centre in Kawasaki, Japan. He joined the Department of Engineering, University of Cambridge in 1992 as a Lecturer and a Fellow of Jesus College. He became a Reader in Information Engineering in 1997 and a Professor in 2000.

His research interests are in computer vision and robotics and include the recovery of motion and 3D shape of visible surfaces from image sequences; object detection and recognition; novel man-machine interfaces using hand, face and body gestures; real-time visual tracking for localisation and robot guidance; aplications of computer vision in mobile phones, visual inspection and image-retrieval and video search. He has authored 2 books, edited 12 volumes and co-authored more than 400 papers. 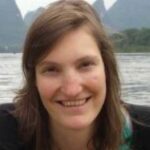 Professor Claudia Clopath is based in the Bioengineering Department at Imperial College London. She is heading the Computational Neuroscience Laboratory.

Her research interests are in the field of neuroscience, especially insofar as it addresses the questions of learning and memory. She uses mathematical and computational tools to model synaptic plasticity, and to study its functional implications in artificial neural networks.

Prof. Clopath holds an MSc in Physics from the EPFL and did her PhD in Computer Science under Wulfram Gerstner. Before joining Imperial College, she did postdoctoral fellowships in neuroscience with Nicolas Brunel at Paris Descartes and in the Center for Theoretical Neuroscience at Columbia University. She published highly cited articles in top journals such as Science and Nature, has given dozens of invited talks and keynotes around the world, and received various prizes such as the Google Faculty Award in 2015. 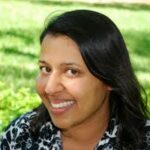 Ila Fiete is a Professor in the Department of Brain and Cognitive Sciences and an Associate Member of the McGovern Institute at MIT. She obtained her undergraduate degrees in Physics and Mathematics at the University of Michigan and her M.A. and Ph.D. in Physics at Harvard, under the guidance of Sebastian Seung at MIT. Her postdoctoral work was at the Kavli Institute for Theoretical Physics at Santa Barbara, and at Caltech, where she was a Broad Fellow. She was subsequently on the faculty of the University of Texas at Austin in the Center for Learning and Memory. Ila Fiete is an HHMI Faculty Scholar. She has been a CIFAR Senior Fellow, a McKnight Scholar, an ONR Young Investigator, an Alfred P. Sloan Foundation Fellow and a Searle Scholar. 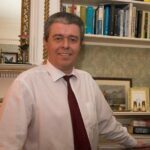 Karl Friston is a theoretical neuroscientist and authority on brain imaging. He invented statistical parametric mapping (SPM), voxel-based morphometry (VBM) and dynamic causal modelling (DCM). These contributions were motivated by schizophrenia research and theoretical studies of value-learning, formulated as the dysconnection hypothesis of schizophrenia. Mathematical contributions include variational Laplacian procedures and generalized filtering for hierarchical Bayesian model inversion. Friston currently works on models of functional integration in the human brain and the principles that underlie neuronal interactions. His main contribution to theoretical neurobiology is a free-energy principle for action and perception (active inference). Friston received the first Young Investigators Award in Human Brain Mapping (1996) and was elected a Fellow of the Academy of Medical Sciences (1999). In 2000 he was President of the international Organization of Human Brain Mapping. In 2003 he was awarded the Minerva Golden Brain Award and was elected a Fellow of the Royal Society in 2006. In 2008 he received a Medal, College de France and an Honorary Doctorate from the University of York in 2011. He became of Fellow of the Royal Society of Biology in 2012, received the Weldon Memorial prize and Medal in 2013 for contributions to mathematical biology and was elected as a member of EMBO (excellence in the life sciences) in 2014 and the Academia Europaea in (2015). He was the 2016 recipient of the Charles Branch Award for unparalleled breakthroughs in Brain Research and the Glass Brain Award – a lifetime achievement award in the field of human brain mapping. He holds Honorary Doctorates from the University of Zurich and Radboud University. 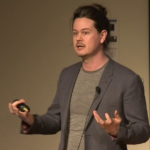 Timothy P. Lillicrap is a Canadian neuroscientist and AI researcher, adjunct professor at University College London, and staff research scientist at Google DeepMind, where he has been involved in the AlphaGo and AlphaZero projects mastering the games of Go, Chess and Shogi. His research focuses on machine learning and statistics for optimal control and decision making, as well as using these mathematical frameworks to understand how the brain learns. He has developed algorithms and approaches for exploiting deep neural networks in the context of reinforcement learning, and new recurrent memory architectures for one-shot learning.[1] His numerous contributions to the field have earned him a number of honors, including the Governor General’s Academic Medal, an NSERC Fellowship, the Centre for Neuroscience Studies Award for Excellence, and numerous European Research Council grants. He has also won a number of Social Learning tournaments. 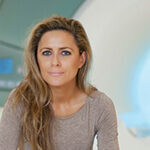 The research in the Moran Lab focuses on computational neuroscience, computational psychiatry and computational neurology. In particular, the Moran Lab aims to join together brain connectivity analysis with their algorithmic role; i.e. what information brain connections relay. This work lies at the intersection of artificial intelligence (deep networks), Bayesian inference (variational principles) and experimental neurobiology (cognitive tasks in the scanner). Of particular interest are the role of families of neurotransmitters, such as noradrenaline, dopamine and serotonin, in prediction errors and model-based decision making. The Moran Lab uses the free energy principle as a principle to develop new methods in artificial intelligence and in disease modeling, focusing on age-related neurodegenerative disease and schizophrenia. Dr. Moran also serves as an editor for the Neuroimage and Neuroimage Clinical journals. 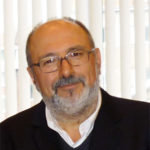 Panos M. Pardalos serves as distinguished professor of industrial and systems engineering at the University of Florida. Additionally, he is the Paul and Heidi Brown Preeminent Professor of industrial and systems engineering. He is also an affiliated faculty member of the computer and information science Department, the Hellenic Studies Center, and the biomedical engineering program. He is also the director of the Center for Applied Optimization. Pardalos is a world leading expert in global and combinatorial optimization. His recent research interests include network design problems, optimization in telecommunications, e-commerce, data mining, biomedical applications, and massive computing.

Verena Rieser is a professor at Heriot-Watt University where she leads research on Natural Language Processing with applications in Natural Language Generation and Spoken Dialogue Systems. She is also a co-founder of the Conversational AI company Alana AI, a Leverhulme Trust Senior Research Fellow awarded by the Royal Society, and PI of several funded research and industry awards.

Advances and Challenges in Conversational AI 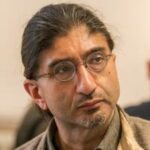 Maneesh Sahani is Professor of Theoretical Neuroscience and Machine Learning at the Gatsby Computational Neuroscience Unit at University College London (UCL). Graduating with a B.S. in physics from Caltech, he stayed to earn his Ph.D. in the Computation and Neural Systems program, supervised by Richard Andersen and John Hopfield. After periods of postdoctoral work at the Gatsby Unit and the University of California, San Francisco, he returned to the faculty at Gatsby in 2004 and was elected to a personal chair at UCL in 2013. His work spans the interface of the fields of machine learning and neuroscience, with particular emphasis on the types of computation achieved within the sensory and motor cortical systems. He has helped to pioneer analytic methods which seek to characterize and visualize the dynamical computational processes that underlie the measured joint activity of populations of neurons. He has also worked on the link between the statistics of the environment and neural computation, machine-learning based signal processing, and neural implementations of Bayesian and approximate inference. 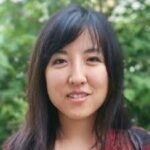 She is Senior Research Scientist at DeepMind. Her background is in computational and cognitive neuroscience, complex systems, and physics. She is interested in applying neuroscience principles to inspire new algorithms for artificial intelligence and machine learning.